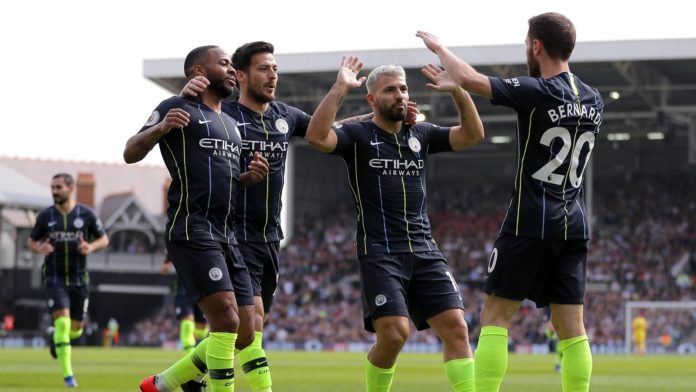 Pep Guardiola has revealed that Bernardo Silva is undroppable at the moment following another dazzling display for Manchester City in their Premier League win over Fulham.

The 24-year-old was moved to the right wing and scored the opener at Craven Cottage and set up Sergio Aguero for the Blues' second goal.

The Portuguese have been debatably City's best player this season and this was another key display as the Blues close in on an unprecedented quadruple.

While City boss will rotate his squad during the run-in, Bernardo Silva is the first name on the team sheet at the moment.

“What Bernardo has done this season, is a consequence of last season, he accepts his role. He came from France and was one of the best players there, but he didn't play regularly [for us],” said Guardiola.

“He played five minutes, 60 minutes, 90 minutes, it doesn't matter, he played the best way possible and that is why the rewards are here.

“The way he plays I can't do anything but put him on the pitch and play, sometimes players are recovering and I rotate the team, he's so important for us, what he's done this season is the best.”