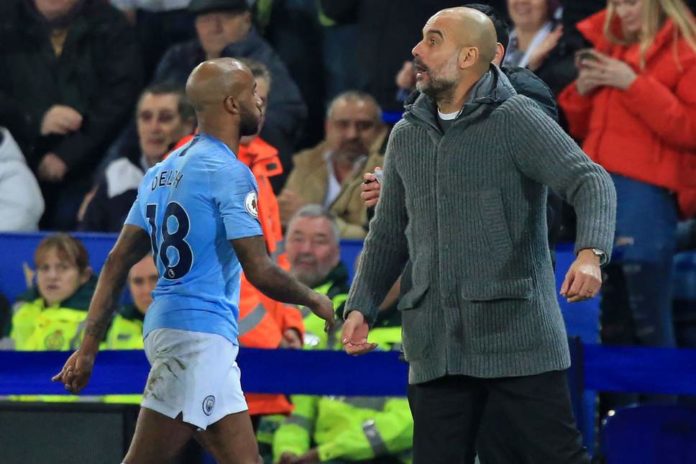 Pep Guardiola has received a major boost ahead of Manchester City's game at Bournemouth on Saturday.

Gabriel Jesus and John Stones are both back from injury and possibly will feature at the Vitality Stadium.

Guardiola says they are now fit and prepared for selection but revealed Fernandinho and Aymeric Laporte, both of whom were injured during the Carabao Cup final at Wembley last weekend, are still some way off a return.

“Gabriel is back,” Guardiola confirmed. “John is coming back too, like Gabriel.

“I think after international break they will be fit, especially Fernandinho. Maybe a few days later Aymeric.”

Meanwhile, Fabian Delph returned to training this morning at the CFA but the City boss says he won't feature this weekend.

The Manchester City's game at Bournemouth comes on the back of seven games in 25 days, including a gruelling 120-minute Carabao Cup final against Chelsea.

It means less training and more recovery time for the squad, something Guardiola accepts as part of the demands of a top side.

“Champions League is here, we have the FA Cup. So just focus on the players, let them recover well,” he said.

“But now the recovery is less. We don't play at 8pm like West Ham, we play at 3pm. So we aren't training, just recovering.”

“Bournemouth are completely different at home from the team who play away. They beat Chelsea 4-0 not long ago!”

“That's my concern, not the future, the pressure. It makes no sense, nobody knows.”

“Lots of things will happen. Anything can happen.”