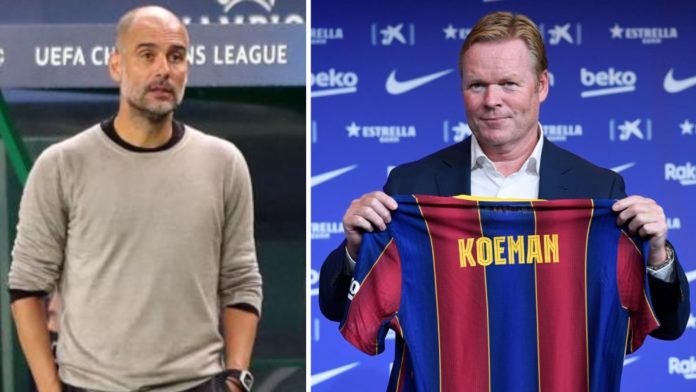 Pep Guardiola has made a recommendation to president Joan Laporta who should replace Ronald Koeman if the La Liga club decide to sack the under-pressure Dutchman, according to reports.

Koeman has endured a difficult period at the Catalan club and sections of the club’s fanbase have demanded that he be dismissed.

There have been several suggestions that president Laporta has already drawn up a list of potential candidates.

And Barcelona icon Guardiola has apparently had a say on who might replace the 58-year-old.

According to El Nacional, the Manchester City boss believes Erik Ten Hag would be the best option.

Ten Hag is the head coach at Ajax and subscribes to a similar philosophy to legendary Ajax and Barca figure Johan Cruyff.

Pressed on his future by LaLiga TV, Koeman snapped back: “I don’t answer any more questions about the future, I cannot win that [discussion]. “