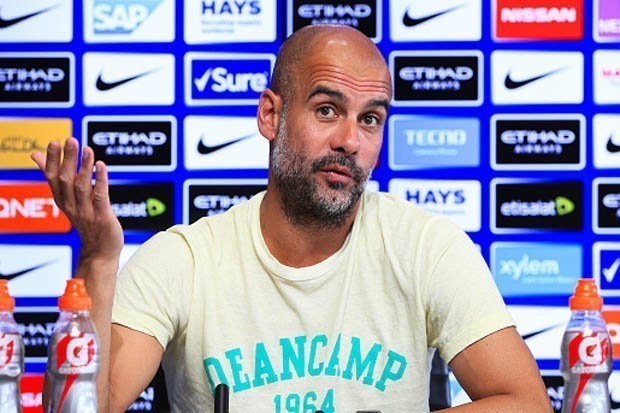 Pep Guardiola has claimed Manchester City won't be making any signings in January because the club ‘don't have money to pay a huge amount'.

The Blues had been heavily touted to dip into the market in the winter due to their growing injury list, especially in defence.

City went into the season short of options at the back following the departure of captain Vincent Kompany and after refusing to meet Leicester's asking price for Harry Maguire, who instead joined Manchester United.

Since then City have gone on to lose Aymeric Laporte to a serious knee injury while John Stones will be out until mid-October with a thigh problem.

Those injuries have left Nicolas Otamendi as City's only fit senior centre-back, with Fernandinho filling in alongside him in defence against Shakhtar Donetsk and Watford.

Should Guardiola’s side were hit by an injury to either of those two players, City's manager would then be forced to turn to Eric Garcia, 18, or 17-year-old Taylor Harwood-Bellis.

However, speaking ahead of City's trip to Everton on Saturday, Guardiola has confirmed he won't be making any additions to his squad come January.

“That is not my business but in January we are not going to buy because we don't have money to pay a huge amount in the summer so we cannot do it in winter,” he told Sky Sports.

“We are going to stick to the players we have, with [Taylor] Harwood-Bellis and Eric [Garcia] and with the new players in the academy. We have young, talented players and we can count on them.”