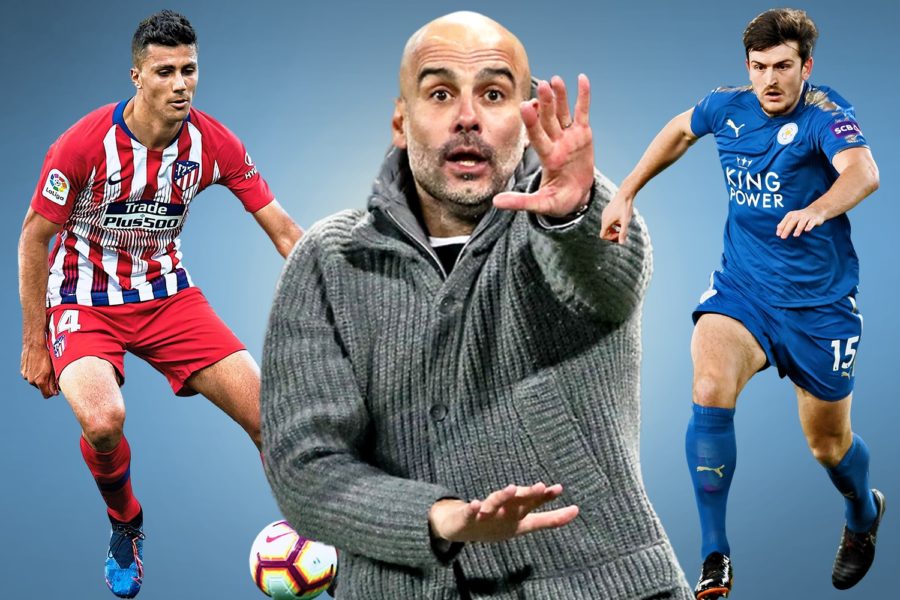 Manchester City are only in the race for two new players in this summer transfer window.

Pep Guardiola’s side have been linked with loads of targets as agents endeavour to line up lucrative deals for their clients, and either seek to arouse the City boss’ interest or use a link to the Blues to raise their man’s profile.

But, unless other players move, they have no plan of repeating the kind of big spend that saw them break the world record for a single transfer window.

Guardiola thrashed out a strategy for the summer with football director Txiki Begiristain and chief executive Ferran Soriano before the end of the treble-winning season, and it was acknowledged that major surgery is no longer needed on a successful squad.

With financial fair play a big factor these days, and no big players expected to leave – except their optimism on Ilkay Gundogan and Leroy Sane is misplaced – the Premier League champions are looking at a summer of relative economy.

They have been repeatedly linked to Portugal pair Bruno Fernandes and Joao Felix, but the club has shown no interest in signing either.

In fact, they are not in the market for any attacking players.

The return of Kevin De Bruyne after an injury-hit season will feel like a new world-class signing, while Guardiola is also interested in stepping up Phil Foden’s playing time after he took another step forward in the last campaign.

With Bernardo Silva also moving into the world-class bracket, David Silva still having at least one more window and Guardiola placing faith in Riyad Mahrez, there is no motive to buy an attacking midfielder – even if Sane does turn down a new deal.

Guardiola is also pleased with Sergio Aguero and Gabriel Jesus as his strikers and is not seeking an addition in that area.

The area which obviously needs addressing is holding midfielder, with Fernandinho turning 34 last month and Gundogan not yet committed to a new deal, and not entirely fascinated by the idea of playing the deeper role.

It is obvious that 22-year-old Atletico Madrid star Rodri is their top target and the Blues look ready to pay his £62million release clause.

But all eggs are not in one basket – they maintain an interest in Lyon’s Tanguy Ndombele, so impressive against them in the Champions League last season and Real Madrid’s Marcos Llorente.

The problem is that City face serious competition for Rodri, with United, Paris Saint-Germain and Bayern Munich also interested.

There has been lots of speculation about a new left back, with Leicester and England ace Ben Chilwell’s name to the fore – but City are not looking for anyone in that position, with Benjamin Mendy and Aleks Zinchenko in situ.

Right back is more of a fluid situation, with Danilo unsettled because of lack of playing time.

If he asks to leave, City will be in the market for a replacement and could yet join the pursuit for Crystal Palace youngster Aaron Wan-Bissaka.

The other position in which City are clearly seeking a new recruit is centre back, following the exit of captain Vincent Kompany.

Harry Maguire appears to be the number one target, with City keen to boost their home-grown quota, but Leicester’s £90million asking price will put off all of his potential suitors.

Nicolas Otamendi was also supposed to go this summer after a discouraging season spent mostly on the sidelines, but Kompany’s exit is believed to have made him rethink.

The Blues have high hopes for Eric Garcia and Philippe Sandler, who will both be included with the first team squad next season, but still need a senior figure to try to close the gap left by Kompany.