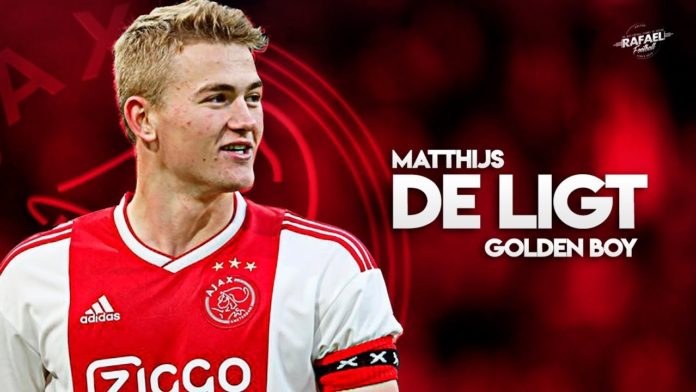 The Gunners have emerged a shock contender for Ajax sensation Matthijs de Ligt, according to reports.

According to The Sun, Arsenal are keen and they might hold the upper hand as De Ligt has previously worked with club legends Dennis Bergkamp and Marc Overmars.

De Ligt transfer value is reportedly valued in the region of £70m by Ajax and the Gunners could raise the funds by offloading Mesut Ozil who, despite being their top-earner on £350,000 per week, has been frozen out by manager Unai Emery.

The Sun add that Emery will have to sell Ozil and qualify for the Champions League to sign De Ligt.

Signing the 19-year-old would represent a huge coup for the club as almost every big team on the continent have been credited with some sort of interest in him.

De Ligt is the most sought-after defender in Europe and is said to be a target for Barcelona and Manchester United.

Ajax are currently second in the Eredivisie, seven points behind rivals and elders PSV. And De Ligt says he is concentrating on pushing them as far as they can and previously said he will not decide his future until the end of the campaign.