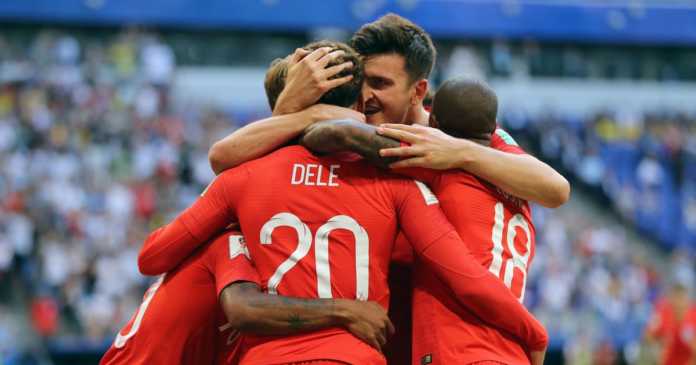 England are now  in the World Cup semi-finals for the first time in 28 years with a 2-0 win over Sweden in Saturday's clash in Samara.

Harry Maguire headed the Three Lions into the lead on the half-hour mark before Dele Alli doubled the advantage in the second half to help Gareth Southgate's team to a deserved victory.

England now move on to a last-four date with either Russia or Croatia, who will play in the remaining quarter-final clash later on Saturday.

England were in control but Sweden almost produced an instant response within two minutes as a terrific move ended with Claesson firing towards the bottom corner from by the penalty spot but Pickford saved to his right before Jordan Henderson blocked the rebound.

Maguire could have scored his second of the match but volleyed over at the back post and although England headed into the final quarter without conceding, Sweden remained a unvarying threat.

Southgate had the luxury of replacing Henderson and Sterling, and England will now turn their attention to Wednesday night when they will have the opportunity to reach their second World Cup final.