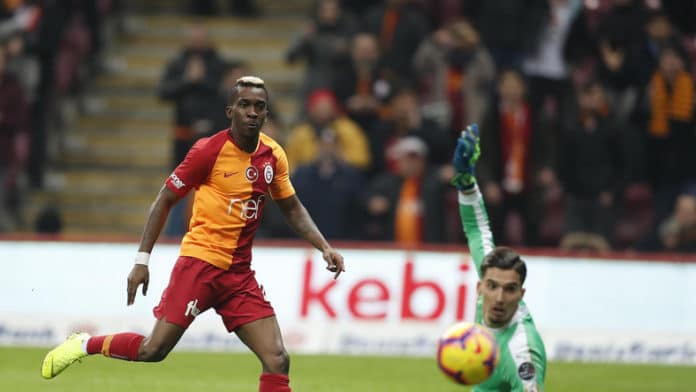 Former Eupen and Anderlecht star Henry Onyekuru is thrilled to have scored his first hat-trick in the Turkish Super Lig this season.

The Super Eagles forward fired a treble in his first league start in 2019 for Galatasaray who spanked Ankaragucu 6-0 on Saturday.

Onyekuru who is on a season loan from Everton also praised the efforts of his teammates.

“The moves you make when you get your first hat trick ⚽⚽⚽! A great start to the year and team performance! All Glory to God! ❤?,” Onyekuru tweeted after the game.

The 21-year-old will be aiming to add to his tally when second place Galatasaray face Boluspor in their Turkish Cup first leg round of 16 games on Tuesday.