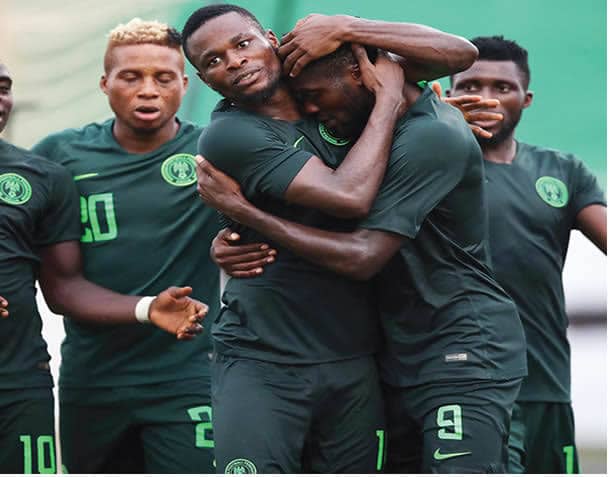 The Super Eagles B were undone by heavy deficit from the first leg and failed to qualify for next year’s African Nations Championship finals after a 3-4 aggregate loss to Togo’s Sparrow Hawks.

The Sparrow Hawks won the first leg 4-1 in Lome last month and were confident of picking their first-ever ticket to the finals of the competition reserved for professionals playing in their home leagues on the continent. Yet, they had to dig very deep into their defensive arsenal and resort to time-wasting tactics to edge out a determined Nigeria.

It was fierce and furious from the first blast of Nigerien referee Abdoulaye Rhissa Al-Mustapha’s whistle, with the Eagles aware before kick-off that they needed to score a minimum of three goals without a reply to consign the visitors to elimination.

In the 8th minute, Alimi, who scored the Eagles B’s only goal in the first leg, scooped the ball from another attack and left his marker for dead before firing past goalkeeper Abdoul-Moubarak Aigba for the first goal of the day.

Alimi got his and Nigeria’s second of the day in the 71st minute – a scorcher from the edge of the box off a pass from Ndifreke Effiong.

Nigeria continued to throw everything into the game, looking for the third goal that would send them to Cameroon at the expense of Togo, but it never came.

Instead, Togo will make their first-ever appearance at the CHAN finals next year summer.