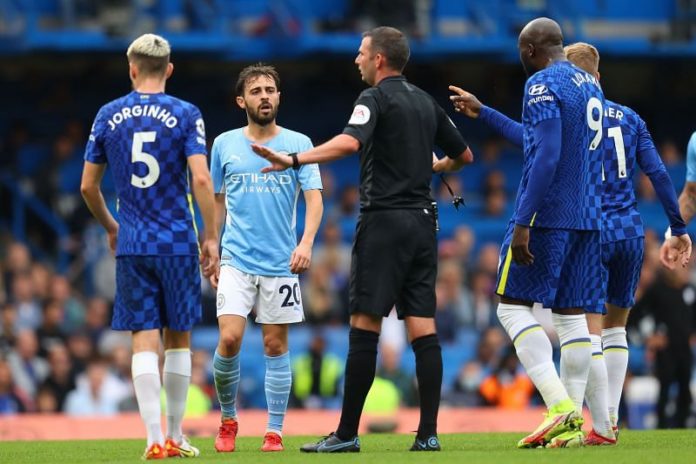 Manchester City stole the show at Stamford Bridge as they inflicted the first defeat of the season to Thomas Tuchel's men at home.

It was relatively unexpected though City is a quality side as the Blues has been in superb form keeping a couple of clean sheets in a run of games.

However, defeat could entail the Citizens never say attitude as regards to Pep Guardiola's team talks and several motivation encomiums.

While he brought on the experienced midfield pivot Fernandinho to shore up the midfield against the Chelsea attacking operations.

The defeat has highlighted Chelsea's strength (at the defence) and probable weakness (attacking-wise) as wards like Mason Mount and Hakim Ziyech was missing in action for the Blues.

Chelsea may have lost the match but it could be a blessing in disguise to erode any form of complacency and create a serious and superior attitude among the players for the upcoming games.

It's supposed to motivate Tuchel and his men to prove a point in the next game coincidentally in Europe's grandest stage.

They would be up against a top side Juventus though the Turin side is struggling at the moment following the departure of the new Manchester United signing Cristiano Ronaldo.

In all regards, losing a game should not deter the Blues but should rather spur Chelsea against Juventus while Thomas Tuchel reviews his tactical box to find out where it all went wrong in the Manchester City contest.

The result should afford Liverpool the chance at the top of the standings playing against Brentford City but there may be little to worry about since even Ole Gunnar Solskjaer's Manchester United side still dropped points at home losing 0-1 to Aston Villa.

The Chelsea/City outcome should see City come stronger in the campaign especially for the League title while Guardiola gets his pound of flesh against Tuchel since replacing Frank Lampard at the West London Arena.

The final score makes the title race even much open from the Manchester City perspective while Chelsea utilizes this as a means to learn from their errors and curb every lapse that could hinder their perfect match to the title race especially with Jurgen Klopp's Liverpool very much involved in this.