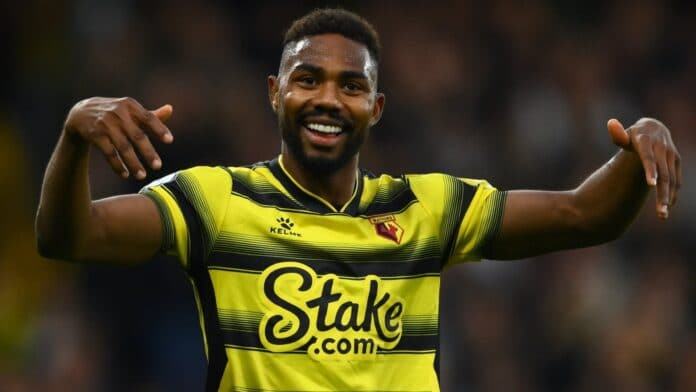 Ighalo, who played in Watford at the early stages of his career, has praised the impact of Dennis at Vicarage road.

The Hornets are currently in a relegation scrap but Dennis has managed to shine forth for the troubled club as a beacon of hope for safety.

Ighalo, who himself was vital to Watford both in the Championship and in the Premier League, has praised the impact of Dennis, who has only been at Vicarage Road for eight months.

The 24-year-old striker made the move from the Belgian Jupiler Pro League club Club Brugge to Watford in the summer and in that time, has become the most important player at the club.

His 14 goal involvements in 24 games is the best returns for any player at the club, and his goals have provided lifelines more often than not.

He needs only one goal to become the fourth Watford player to score 10+ goals in a single Premier League season, a feat he will be achieving in just one season.

“He just needs to keep fit and keep taking his chances and scoring goals.

“I think if the season is going to turn around, and they are going to be safe, then they have to keep Emmanuel Dennis, Sarr, and King firing. Get a couple of goals home and away; then I think the team can escape relegation.” He added.

Watford are currently four points away from safety at 19th and could be headed for the championship.

However, Dennis' outstanding displays could mean he stays on in the Premier League with another league or moves away from the league.