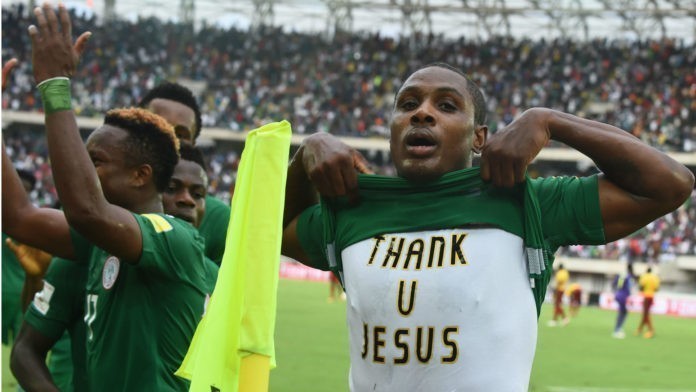 Odion Ighalo was able to get a brace and an assist in Nigeria's hard-fought 3-2 win against Libya on Tuesday evening in Sfax, Tunisia.

Ighalo’s 14th and 81st minute goals took his total in the 2019 Africa Cup of Nations qualifiers to an impressive six goals from three games, an average of two goals per match.

AllNigeriaSoccer reports that the Changchun Yatai star former has scored more goals than all the African players involved in the qualifiers and all the Super Eagles players combined.

A total of six players have found the net three times for their respective countries, including Liverpool winger Mohamed Salah.

For three years now, Nigeria have never lost or drawn a match in which the Watford striker found the back of the net, beating Cameroon and Libya on two occasions, Luxembourg and Seychelles.