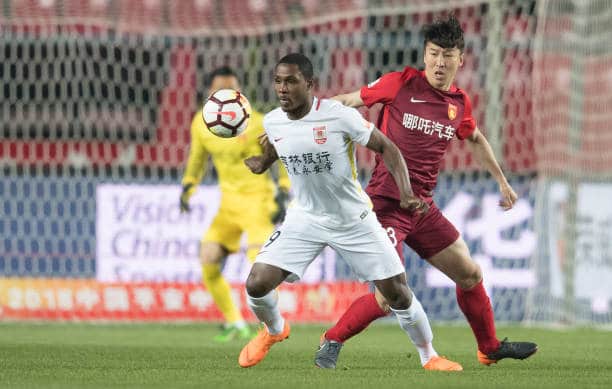 Odion Ighalo was unable to find the back of the net in Changchun Yatai’s 2-0 defeat on the road to Shandong Luneng in the Chinese Super League on Friday, which throws them on the cusp of a relegation dogfight.

The Nigeria international had five shots on goal which was the most by any player in the match but somehow failed to hit the back of the net in his 90 minutes on the pitch.

Despite the loss, Ighalo remains second on the leading goal scorers’ chart in the League.

The defeat has caused Changchun Yatai to drop to 12th in the 16 team league with two matches left to play in the season.

Changchun Yatai may possibly be dragged into the relegation battle as they are only three points above Mikel Obi’s Tianjin Teda, who are one of two teams in the red zone.