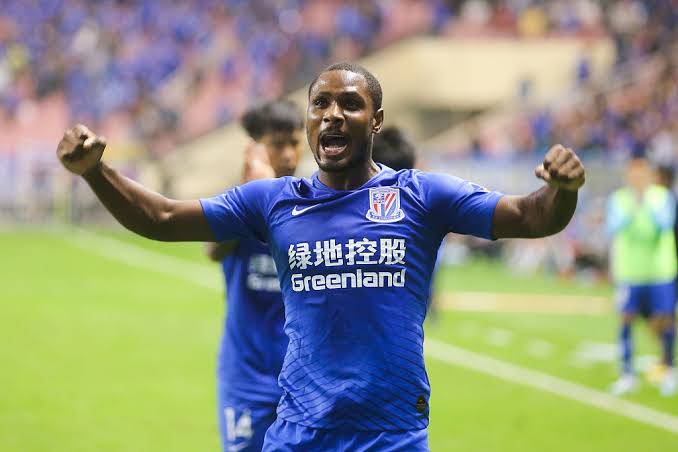 Ex-Super Eagles striker, Jude Odion Ighalo was the match hero for his Chinese club Shanghai Greenland Shenhua as they edged out visitors Dalian Yifang to record their 8th league win of the campaign.

The 30-year-old started his 11th league game of the campaign as he went for his first league goal since his AFCON success in July.

It was the hosts who scored first in less than 30 seconds into the match when Belgian winger Yannick Carrasco converted from a Shuai Li pass to make it 1-0.

Shanghai Shenhua, however, levelled in the 25th minutes when Giovanni Moreno made it 1-1 before Ighalo scored what proved to be the match-winner on 38 minutes to record his 8th goal of the campaign.

The 2019 AFCON golden boot winner was on for the entire match duration and earned a game rating of 7.3, completed 75% of his passes, winning 7 duels and was fouled 7 times.