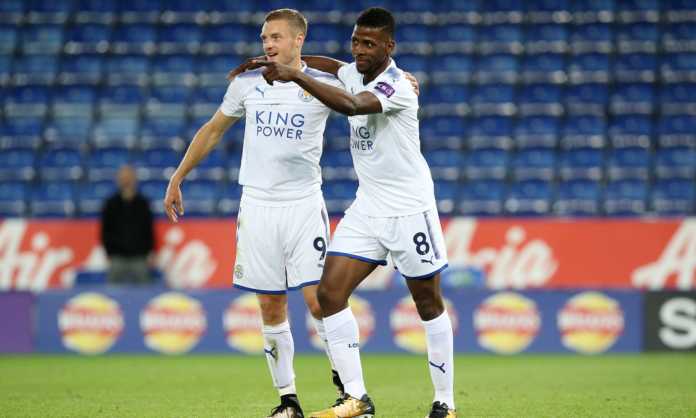 Nigeria’s Kelechi Iheanacho has told Leicester City boss, Claude Puel, that he wants to become Jamie Vardy's strike partner because they have struck up a perfect understanding.

Against Huddersfield Town on Saturday, the Super Eagles star netted the equalizer, a well-taken goal with his left foot set up by Jamie Vardy and then the number eight returned the favor and set Vardy up in the second half.

In an interview with LCFC TV, the Nigerian forward stated: ”Yes. I think we had a good partnership. I and Jamie are fast on the break with good midfielders in Maddison and Demarai Gray.

”I think it is a good thing for us to finish well today. I think we'll keep going like that and see how we go”.

Rating his overall performance, Iheanacho said: ”I think the whole team did brilliantly. I think we worked hard.

”It was a sloppy goal in the first half but we kept our heads down and got the equalizer and the goals came. We're happy today.”

Iheanacho has been directly involved in a total of 16 goals – 10 goals and 6 assists – in 35 games in all competitions since moving to Leicester City in the summer of 2017.