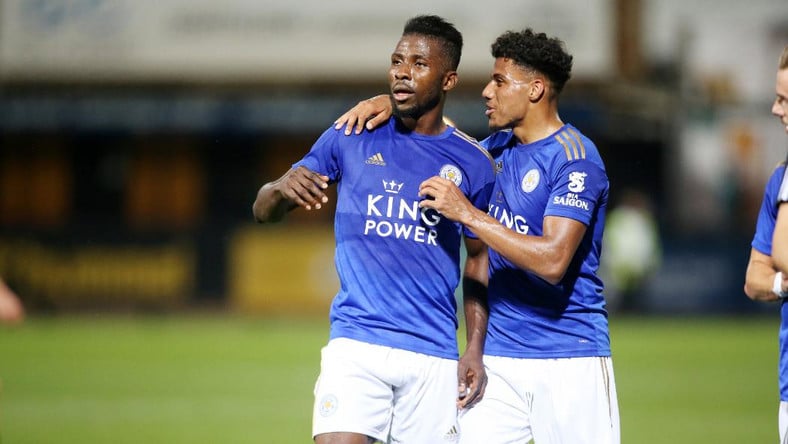 Kelechi Iheanacho registered his name on the score shit on his first start in nine months for Leicester City, who defeated Burton Albion 3-1 in Tuesday’s round of 16 Carabao Cup clash at the Pirelli Stadium, Sports Extra reports.

The goal was his second strike in his second appearance this season for the Foxes.

Iheanacho struck the opener for Brendan Rodgers’ side after latching on to a pass from Youri Tielemans.

Tielemans added the second in the 20th minute but Liam Boyce pulled one back for Burton Albion two minutes after the restart.

The 23-year-old Iheanacho was substituted in the 66th minute for Harvey Barnes.

James Maddison scored the third goal six minutes after coming on for Dennis Praet in the 83rd minute.

Iheanacho has now made 12 appearances in the competition and has found the back of the net six times.