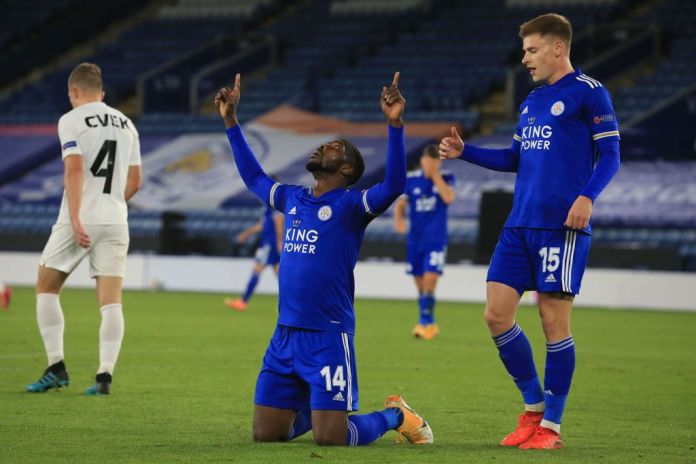 The former Manchester City forward scored one and recorded two assists to help the Foxes to a 3-0 win against Zorya, in one of Europa League Group G encounter.

Iheanacho provided the assist for the first goal scored by James Maddison in the 29th minute.

The Nigeria International later assisted Harvey Barnes for the second goal in the 45th minute.

Iheanacho went ahead to score the third in 67th minutes to complete the rout for Brendan Rodgers’ side, who picked up their first win in a Europa League game.