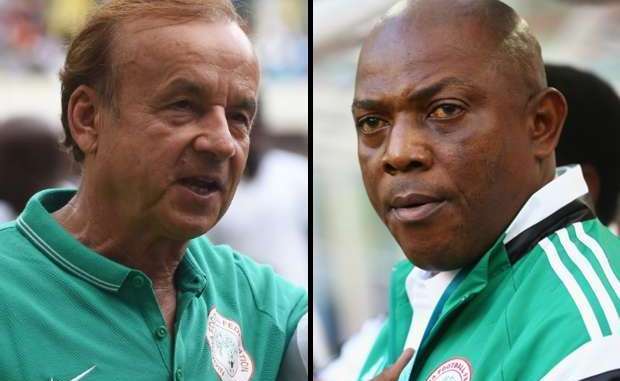 Former Super Eagles goalkeeper trainer Ike Shorunmu has urged Gernot Rohr to follow Stephen Keshi’s blueprint in sourcing for quality domestic league professionals in order to strike the right balance in the national team which worked for the late coach back in 2013.

Shorunmu speaking in a chat with brila.net revealed how much time Keshi devoted to monitoring players in the league which he feels Rohr need to also creatively adopt and understand the ever motivated psyche of domestic players to play for the national team which will be to the good of the national team once gotten right.

“Keshi started from home and knows the reality of being a home-based player that want to play in the national team.

“Again he took his time and risk because if you don’t take the risk, you probably won’t get what you’re looking for which paid off for him.

“So Gernot Rohr should be ready to move around and take the necessary risk to make things work in this regard.”