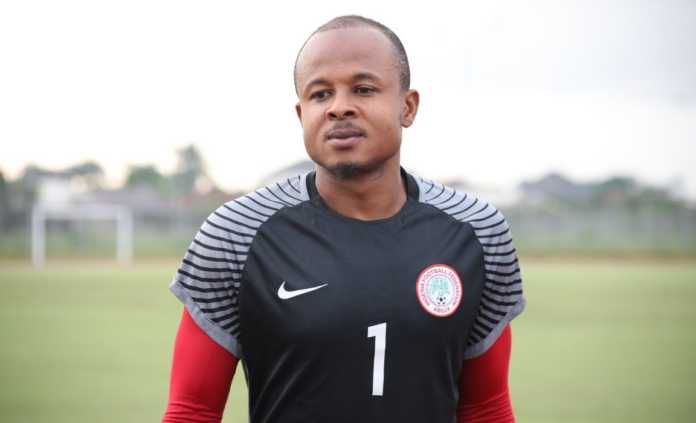 Former Enyimba, FC Ifeanyiubah and Sunshine Stars goalkeeper, Ikechukwu Ezenwa has finally swallowed his ‘pride’ and put pen to paper for Katsina United for the forthcoming Nigeria Professional Football League season after it first appeared that the move had hit the rocks.

Ezenwa had in a shocking move dumped Enyimba FC about two weeks ago.

The Super Eagles goalkeeper’s demand for an overwhelming N700,000 (Seven Hundred Thousand Naira) per month salary was first believed to have packed up his sensational switch to Katsina United.

But GoalBall has gathered that Ezenwa and Katsina United have now reached an agreement.

The Eagles shot-stopper Ezenwa is in Katsina at the moment to complete his transfer.

Ezenwa is a free agent and he will now be the fourth goalkeeper at ‘The Changi Boys’.

The other goalkeepers at the club are Niger international Kassaly Dauda, Dami Paul and Yinka David.