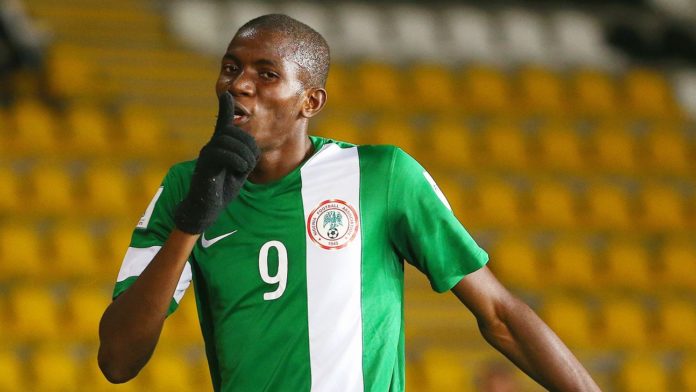 Super Eagles striker, Victor Osimhen has dismissed reports that he may not be available for Nigeria’s 2021 Africa Cup of Nations qualifying double-header against Benin and Lesotho.

The 20-year-old suffered an abductor injury in Lille’s 3-O home win against Girondins Bordeaux on Saturday.

Several media outlets reported that the forward could miss Nigeria’s 2021 AFCON qualifiers against Benin Republic and Lesotho next month.

However, the striker in a social media conversation with compatriot Kenneth Omeruo discounted the reports.

”I’m fine, it’s just a minor injury issue, thanks brother,” Osimhen replied centre-back, Kenneth Omeruo who asked a question on the severity of the injury.

Osimhen, who was named French Ligue 1 best player for the month of September, has scored seven goals and recorded two assists in 11 league games for Lille this season.

He will be hoping to transfer the form when the Super Eagles host Benin on November 14, before going to Lesotho five days later in their opening AFCON 2021 qualifying campaign.