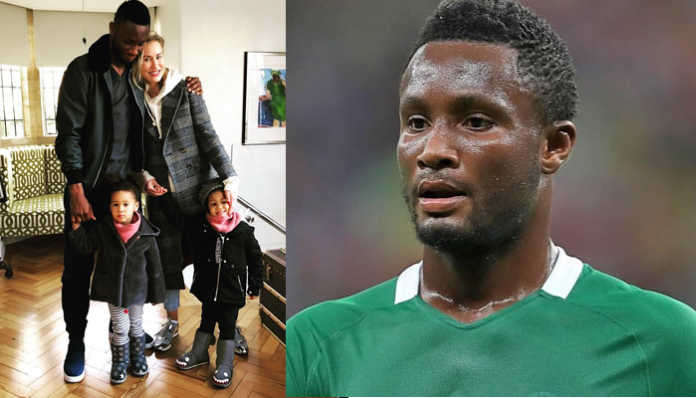 Mikel John Obi has revealed that he is on break from the national team and has not retired.

The Super Eagles captain has not been with the team since the 2018 FIFA World Cup in Russia.

Mikel has insisted that he is just on a break and has not retired from the national team yet.

“A lot has been said about my absence in the National team, I think if you have been on something for a very long time you would at some point need a little break and that's all I'm doing, just taking a little break,” Mikel told newsmen at an event in Lagos on Sunday, November 25 to relaunch his Mikel Obi Foundation.

Mikel also said he will be available to play for the Super Eagles at AFCON 2019 in Cameroon.

“We've got a very good team, a very young team and the energy in the team and the spirit in the team will get us to where we want to be in the Nations Cup. I hope we go there to win and play well as well.”

Mikel Obi made his Super Eagles debut in August 2005 and has 86 caps to his name.