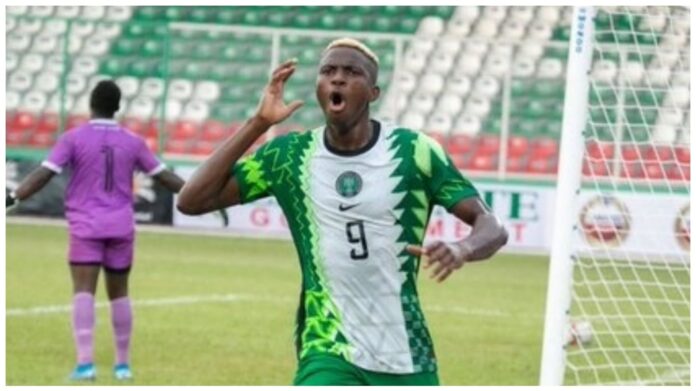 Osimhen and his mates came under heavy criticism from the media and fans after going down 1-0 to the Wild Beasts in Lagos Thursday.

The Napoli forward and Rangers defender Leon Balogun scored both to lead the Gernot Rohr’s tutored side to a 2-0 win over their hosts on Sunday.

The 22-year-old who has now scored eight goals in 16 league appearances for Super Eagles said, he is proud of their performance.

“I’m proud of this team ” the former Lille forward posted on Instagram.

The Super Eagles will now face Liberia in their next game on Thursday, November 11 in Accra.