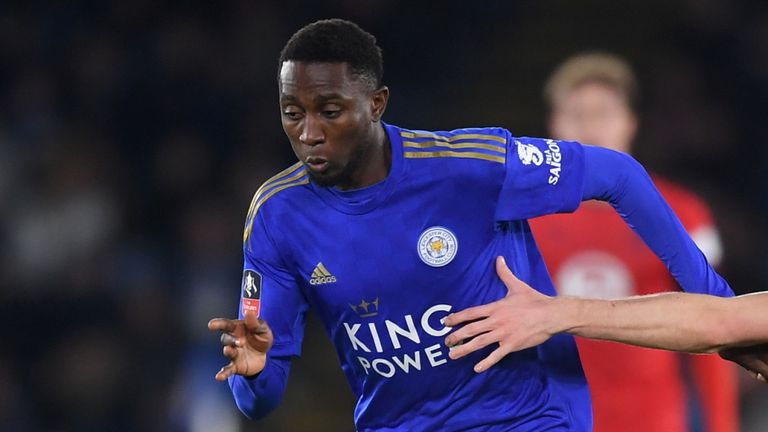 Super Eagles midfielder, Wilfred Ndidi could be ruled out for several weeks after Leicester City manager Brendan Rodgers revealed he may need surgery.

Ndidi was missing in action when Leicester was on a mission for their League Cup semi-final first leg against Aston Villa on Wednesday.

Rodgers said the Nigeria international suffered an injury in Tuesday’s training session and may face an operation, although he did not specify what the problem is.

“Wilf took a knock in training yesterday, which unfortunately means he might need a slight operation tomorrow,” Rodgers said.

“That’ll put him out for a few weeks, but it’s not overly serious, so hopefully, going into February, he’ll be fit and ready to go again.”

If Ndidi misses the rest of the month he will sit out five Leicester games, including their semi-final second leg at Villa on January 28.