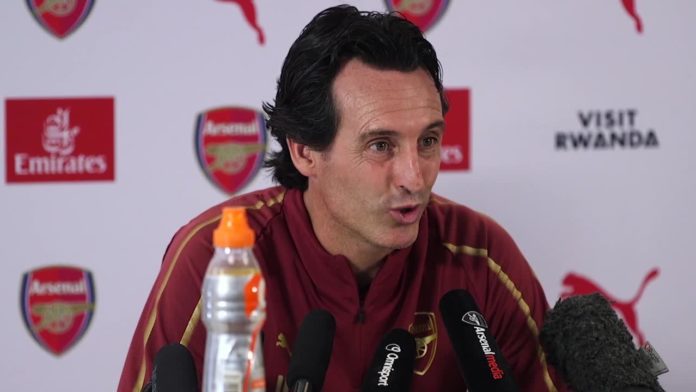 Arsenal boss Unai Emery has confirmed that Aaron Ramsey has suffered a hamstring injury against Napoli, which should rule him out for a considerable period of time.

During a press conference covered by The Guardian, Emery confirmed that the Wales international will be sidelined for ‘some weeks’, but refused to confirm whether he may never feature again in the club’s shirt.

“I don’t know. It is a muscular injury. Normally it is some weeks outside the team.

“He was in a very good moment, with big behaviour and commitment to do something important. His injury today can give us some matches without him,” he said.

Ramsey is scheduled to join Juventus on a Bosman move when the campaign concludes and the latest setback has surely hampered the prospects of receiving the perfect farewell.

The typical recovery time for any hamstring injury should be between four to six weeks, and considering the earliest recovery, the Welshman could make it in time for the Europa League final, should the north London side reach there.

The Gunners will be in Premier League action against Crystal Palace this weekend.

A victory could take Arsenal up to the third spot in the standings, should arch-rivals Spurs stumble on the road to Manchester City in the same game week.