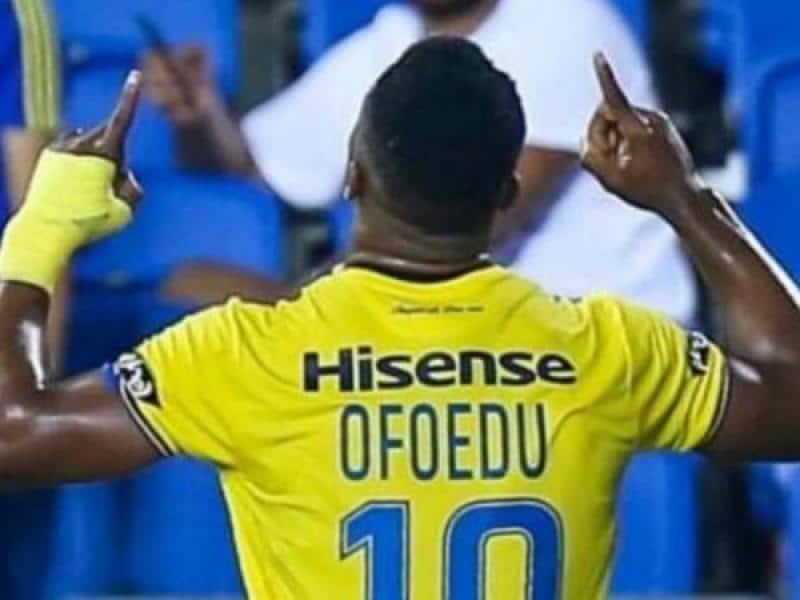 Super Eagles hopeful Chikeluba ‘Chico' Ofoedu has had his great season run cut short by a thigh muscle rupture on his left leg which he sustained during his team, Maccabi Tel Aviv's derby 3-0 win against Hapoel Tel Aviv on Monday, February 24.

The former Rangers International FC's striker has however undergone a successful surgery a week after at the Wellington Hospital South Building, St John's Wood, London and it has been confirmed that he will be out for three Months which rules him out for the remainder of the Tel Aviv Stock Exchange (TASE) League season.

Before the injury which occurred late in the game against City rivals, Hapoel, Ofoedu had scored his 9th league goal plus 6 assists in 21 appearances. He has 12 goals in all competitions.

‘Chico', as he’s popularly called, is so disappointed that his fine season had to end abruptly.

“I am very, very disappointed because I was at the point of getting double-digit goals in the season.

‘’But what can I say, absolutely nothing, now looking forward to next season, hopefully, it will come”

This will be the pacey attacker’s longest career injury outing so far and the second time he will be out this season.