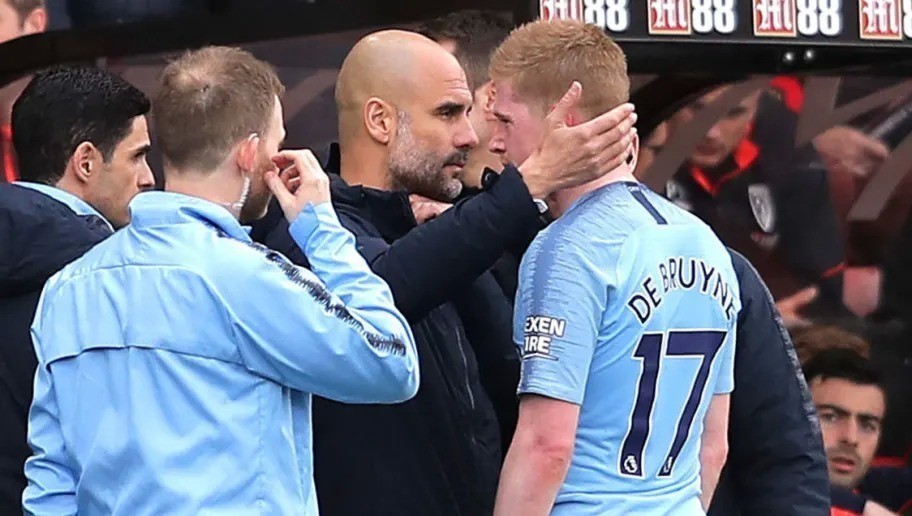 Manchester City have been managing without two key midfielders for some time now but there was mixed news from Pep Guardiola's press conference.

Kevin De Bruyne has been out with a hamstring problem since he limped off in the 1-0 league win over Spurs just over three weeks ago. He is fighting to be fit for Sunday's title showdown at Brighton.

But the Manchester City midfielder has trained with the Blues for the last two days and the manager refused to rule him out for the final day game on the south coast, saying he “could” be involved.

De Bruyne has been hit by a series of injury troubles which have kept him out for much of the season.

“He has done part of a training session last two days,” said Guardiola when asked about De Bruyne.

And when asked about the chances of him making the squad on Sunday, he said he “could” be involved.

Fernandinho has also not been available since injuring his knee in the 2-0 win at Old Trafford, but he has already been ruled out of Sunday’s game and only has an outside chance of being fit for the FA Cup final against Watford at Wembley on May 18.

Okoye links up with Watford ahead of new season; eyes return to Premier League