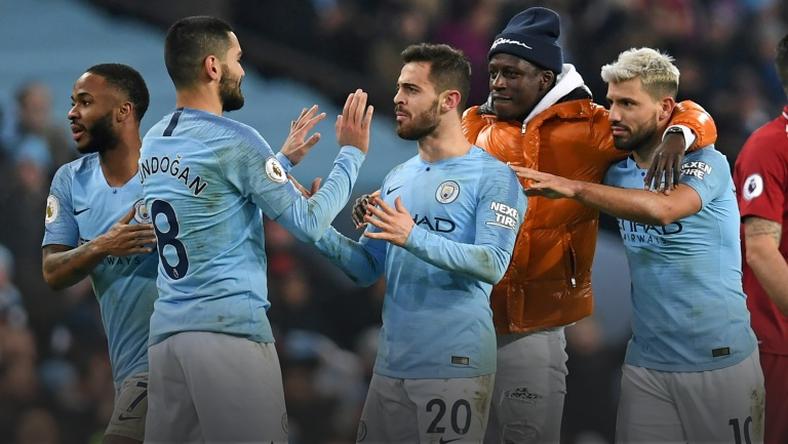 Manchester City can overtake Liverpool to top the Premier League table when Leicester visit the Etihad Stadium, and Pep Guardiola has revealed the Manchester City stars not fit to play.

Guardiola watched Liverpool go top again with a 3-2 win against Newcastle on Saturday but maintains that he is completely focused on the challenge posed by Leicester.

Leicester came from behind to hand Guardiola’s men their second successive Premier League by beating them 2-1 at the King Power Stadium on Boxing Day.

City boss Guardiola admits he does not know whether Kevin de Bruyne, who has missed City’s last two matches with a hamstring injury, will play again this season.

Also, fellow midfielder Fernandinho still has heavy strapping around his knee, even though the Brazilian has been taking part in gym work.

Chilean goalkeeper Claudio Bravo has been a long-term absentee, although Guardiola will be hoping his defence has a trouble-free night as his strike force targets Man City’s 100th goal at home of the 2018-19 Premier League season.

The Citizens have won 17 of their 18 home games this season and will travel to Brighton in their final fixture of the campaign on Sunday.