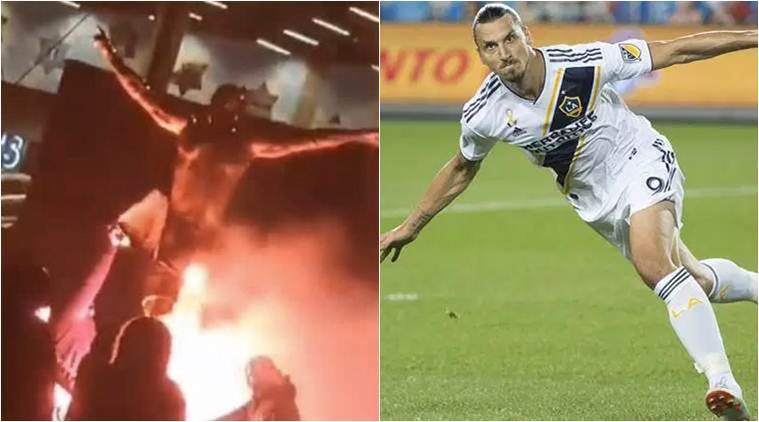 Following report that Zlatan Ibrahimovic had become a part-owner of Allsvenskan club Hammarby, Malmo fans earlier issued a statement stating the Rosengard born had “burned all bridges” with the club and city with the sky-blue supporters furious that the city native would take a stake in a Stockholm based club.

Kaveh Hosseinpour, vice chairman of Malmo supporters’ group MFF, spoke to local outlet Fotbollskanalen stating: “I have not heard anyone who thinks this is good.

“Everyone is extremely critical. Some are disappointed, some are angry and some think it is idiotic”.

Earlier during Wednesday, the statue of Zlatan, who played for his home-town club for two years in 1999 was decorated with a toilet seat and later a plastic bag covered up the player's head.

? November 2019 – Malmo fans set fire to the statue after Zlatan buys a 50% stake in rivals Hammarby.pic.twitter.com/mhxpHaignk

Events took a turn for the worse after dusk with angry masked fans setting fire to the nine-foot bronze statue.