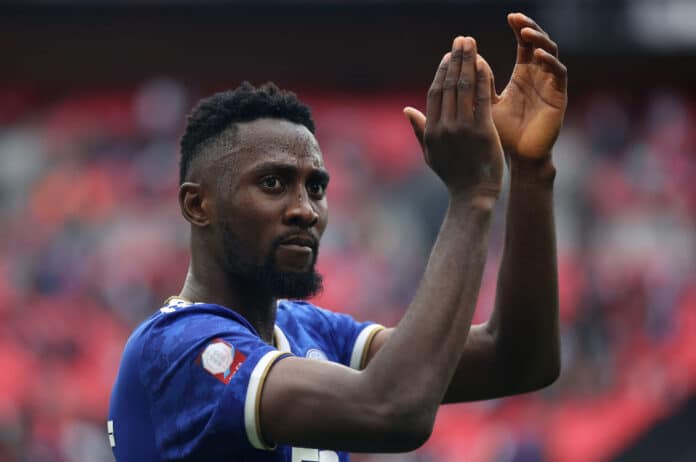 It’s hardly a yardstick for measuring greatness these days, but it’s still Manchester United, and any game against them is different. They are a team with significant players even if their manager lacks pedigree and does not know how to manage a team at that level.

Leicester City started the chain of poor results that eventually led to Solskjaer's sack. The Foxes, with Nigeria’s Kelechi Iheanacho and Wilfred Ndidi, beat Manchester United 4-2. Manchester United persevered with Solskjaer despite a 5-0 hammering at the hands of Liverpool and a 2-0 loss to city rivals Manchester City. The final nail on the head was the 4-1 defeat at the hands of Watford, with Emmanuel Dennis spearheading the violation of the Old Trafford side.

On Sunday afternoon, Leicester City will lock horns with Watford, with the Nigerian players on both sides expected to be the highlight of the occasion.

Ndidi expects Watford to be a hard nut to crack

The King Power Stadium will come alive on Sunday afternoon. Wilfred Ndidi expects their Premier League tie with Premiership strugglers Watford to be a tight affair.

Watford is going through a difficult season with the club already firing their manager. With expected results not coming their way, Xisco Munoz was of his duties, and Claudio Ranieri came in to steer the ship aright.

Watford currently lies sixteenth on the log, suggesting they are a team that would be easy to beat, but Wilfred Ndidi believes their position on the Premier League table is not a reflection of what they can do on the pitch. Ndidi has advised his teammates not to underestimate the Hornets.

The Nigerian international believes that the Hornets can sting and points at the hammering they gave Manchester United.

Ndidi cited the quality of players at Manchester United and the fantastic result Watford got against them as a reason to give them respect.

Ndidi’s thoughts on the game

Speaking to the Foxes’ Matchday programme, Ndidi said that while the team are expecting a tight affair against the Hornets. It was still a match that supplies them ample opportunity to build their confidence and pick points that would move them up the table.

Ndidi said it was a massive result for Watford against United and one that should bother any team. Ndidi insists that Leicester could get the needed win as they are at home and in front of their fans.

Ndidi also thanked the current Watford manager Claudio Ranieri for the opportunity to play in the Premier League. It was the Italian gaffer that signed him from Genk for Leicester City in 2017.

Ndidi said he was grateful to Ranieri for the opportunity he afforded him.

Leicester have failed to win in their last three games in the Premier League and are thirteenth on the log.