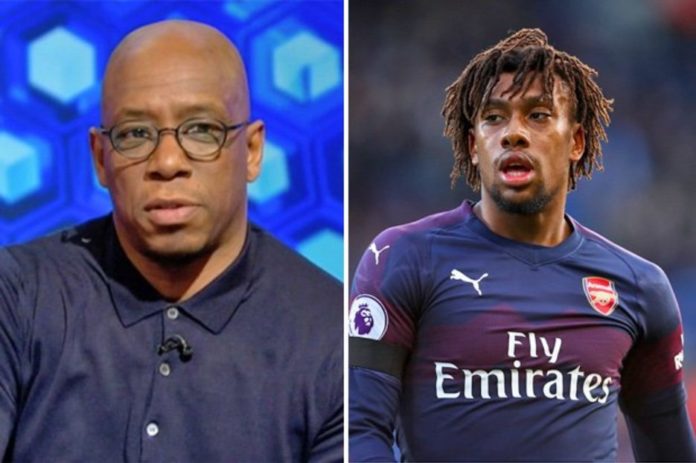 Ian Wright has labelled Alex Iwobi a “Massive asset” for Arsenal if given the right guidance.

The Super Eagles player has recently attracted criticism from supporters despite being an integral part of Unai Emery's squad.

Despite playing for England in various youth groups the Gunners forward opted to represent his country of birth, Nigeria, at senior level and has won 25 caps to date.

Only Lucas Torreira has appeared more times than Iwobi under Emery and only Alexandre Lacazette has created more goals than him since the Spanish coach took charge.

The 22-year-old opened the scoring in Arsenal's recent 2-1 win away to Huddersfield Town thus ending a seven-match drought in the Premier League.

Wright, the club's second all-time leading scorer, feels there's a special player within Iwobi – who hasn't allowed his head to drop despite the criticism that has come his way – but can only be realised with the right coaching.

SEE ALSO: What Fans Are Saying about Iwobi After Bournemouth’s Goal

“What I like about [Alex] Iwobi – somebody that takes a lot of stick from the Arsenal fan base – is he continually tries to get forward and tries to play his game, which is taking players on and getting into the box.”