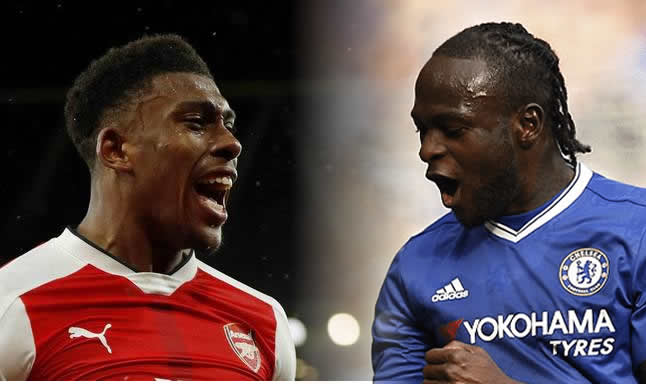 Alex Iwobi has beaten Victor Moses to become Nigeria's most valuable player, according to the updated transfer values published by CIES Observatory.

The Arsenal winger is now valued at €38.3, an increase of €4 million in the last three months.

Last month, Iwobi signed a new long-term contract that will keep him with Arsenal until the 2021-2022 season.

The Hale End Academy product’s value increased after representing Nigeria at the World Cup and his sparkling start to the season after contributing to the two goals in his first two games in the Premier League.

Chelsea’s Victor Moses has seen his stock drop off following his lack of first-team opportunities this new season.

Leicester City star Wilfred Ndidi maintains his Nigeria's most valuable player at €62.3 million but was worth €68.3 in July just after the 2018 World Cup ended.

The 21-year-old Ndidi will remain with the Foxes until June 2024.