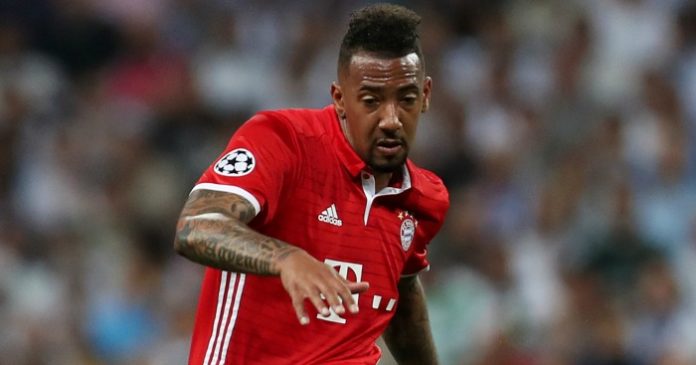 Report says Jerome Boateng is favouring a move to Manchester United before the end of the transfer window on Thursday.

The German centre-back struggled for minutes last season after a series of injuries kept him on the sidelines at Bayern Munich.

The 13-time Premier League winners have been linked with a move for Boateng this week, while Harry Maguire and Toby Alderweireld are also in contention to sign for the Red Devils.

According to Sky Sports News, United boss Jose Mourinho wants to sign the player and Boateng is eager on a move to United.

Boateng has featured 156 times for Bayern Munich since joining from Man City in 2011.