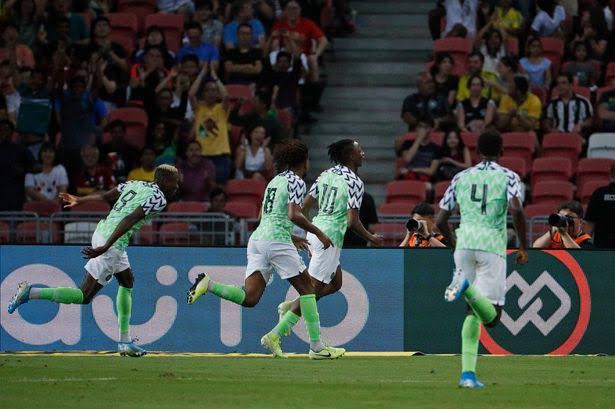 Super Eagles star, Joseph Ayodele Aribo has commended his team after they drew 1-1 with five-time world champions Brazil in a friendly in Singapore.

The 23-year-old opened the scoring in the 35th minute with a wonderful goal when he went past two Brazilian defenders after he received a pass inside the box from Moses Simon.

It was his second goal for the Super Eagles of Nigeria.

“Tough game against a top Brazil side!” he tweeted.

“Team put in a shift till the end.

“Delighted to have got a goal!!! Thank you to all the supporters that came out tonight and also everyone supporting worldwide!”

The Glasgow Rangers player has played for Staines Town and Charlton Athletic.