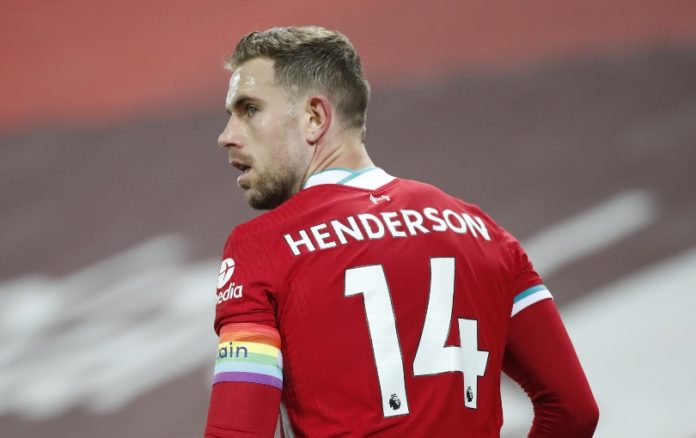 Jordan Henderson has extended his stay at Liverpool up until 2025.

The former Sunderland midfielder who joined Liverpool in 2011 and succeeded Steven Gerrard as the club captain, has gone on to have a colorful at the Merseyside.

As the club captain, Henderson has won four trophies; the 2019 Champions League, the Premier League title a year later, plus the Uefa Super Cup and Fifa Club World Cup.

He became the sixth Liverpool player to commit his future to the club after Virgil van Dijk, Fabinho, Alisson, Trent Alexander-Arnold and Andy Robertson all signed long-term deals this summer.

“I’m obviously very honoured and proud to continue the journey I’ve already been on here,”

“It’s amazing to finally get it done and just concentrate on looking forward and what the future may hold. Henderson told the club website upon extending his deal.

Liverpool started the campaign with two wins over Norwich City and Burnley before a weekend draw against Chelsea.