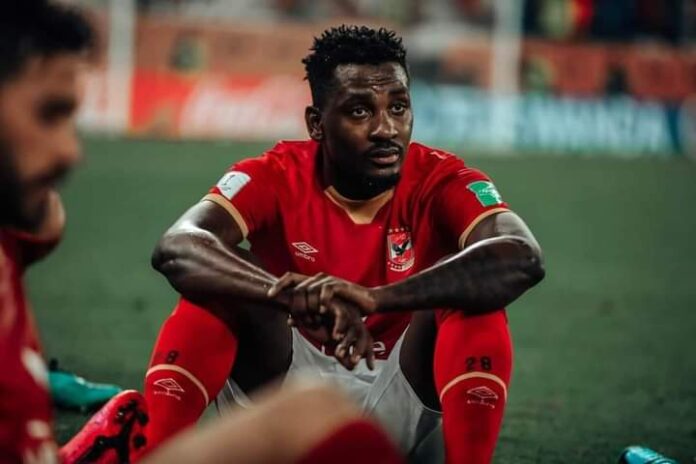 The feud between Super Eagles striker, Junior Ajayi and his employers, Al-Ahly has gotten worse and if the report coming from the North African country is to be considered, Ajayi might just report the club to FIFA.

The Nigeria international joined the African champions in 2016 from the Tunisia Ligue one side, CS Sfaxien.

Since he made the switch to Egypt, Ajayi has been outstanding for the club with his amazing performance both in the league and cup games and the CAF Champions League.

But things began to change for him last season when he was ravaged by injury for months, and with the arrival of South African coach, Pitso Mosimane and the signing of Bafana Bafana forward, Percy Tau among other players further hampered his playing time.

The 25-year old was deemed surplus to requirement with the club recently and according to reports emanating from Egypt, he is demanding US$850,000 the value of his contract.

The former Shooting Stars forward over the weekend threatened to report the club to FIFA unless they pay him the full value of his contract.