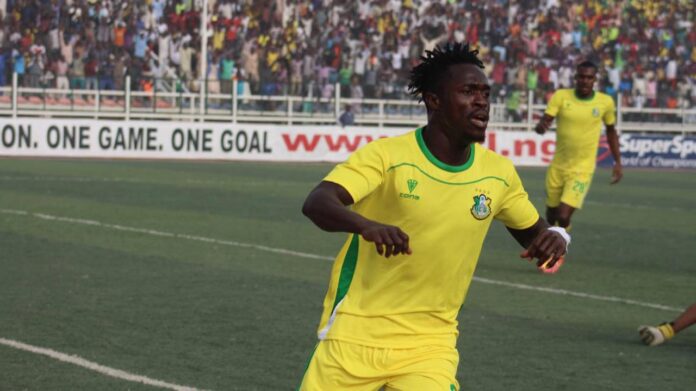 Junior Lokosa has officially joined Nigeria professional football league side Kwara United ahead of next season.

In a deal announced on Monday, October 18th, 2022, the former Kano Pillars striker put pen to paper for a one-year contract with the Harmony Boys.

Lokosa was released by Tanzanian giant’s Simba SC on Mar 31, 2021, and has been without a club since then, but now he’s expected to relaunch his career with Kwara United.

He won the CAF Champions League with Espérance Sportive de Tunis but was later released six months into his two-and-a-half-year contract, no thanks to reoccurring injury.