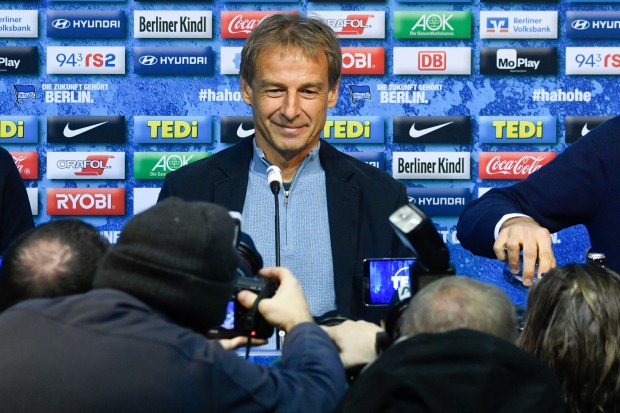 Jurgen Klinsmann could be banned from the dugout when his Hertha Berlin side take on Bayern Munich, according to reports.

The 55-year-old needs a valid coaching licence to take his place with his management team on Sunday.

But according to Bild, Klinsmann has not been able to renew his paperwork since being appointed Hertha boss until the end of the season in November.

The former Germany manager admitted: “When I boarded the plane to Berlin at the end of November, I didn't think I would need my coaching licence and the proof of continuing education, because I didn't know then that I would become the coach of Hertha.

“At Christmas, I simply forgot the documents. At the moment, there is no one in our house in California, because my wife is at my daughter's place of study.

“But I'm in the process of obtaining all the necessary documents.”

Klinsmann received his coaching licence in 2000 – four years before he took on the Germany job.