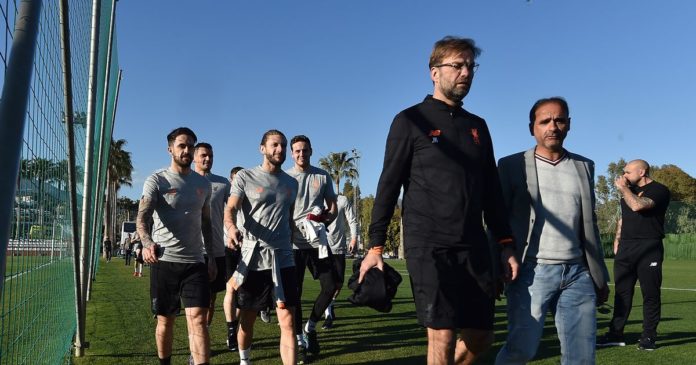 The Football Association has charged Jurgen Klopp on the back of comments he made regarding the performance of referee Kevin Friend during Liverpool's 1-1 draw with West Ham.

Klopp questioned the officiating in the second half after Sadio Mane's 22nd minute opener was allowed to stand, despite James Milner clearly being offside in the buildup.

The Reds' boss had insinuated that the first half mistake led Friend to try and even things up with his decision-making after the break.

His remarks have now been found in violation of FA Rule E3, in terms of managers and players being forbidden from doubting an official’s honesty and fairness.

According to Sky Sports, the FA in a statement said: “It is alleged that comments he made in a post-match interview following Liverpool’s league game against West Ham United on 4 February 2019 breached Rule E3(1) as they questioned the integrity of the match referee and/or implied bias.”

Discussing the officiating at the London Stadium at the time, Klopp said: “We had good moments, coming through the channels and scored the goal, which I've now been told is offside. This explains a little bit the second half because I think the referee knew at half-time.

“He knew it for sure at half-time, and then you saw a lot of strange situations. If I've made a mistake in the first half, I don't want to open the gap even more as a human being.”

The German has until 6pm on February 18 to respond to the FA, with the likely punishment being another hefty fine.

Klopp was forced to pay £8000 back in December after invading the pitch to celebrate Divock Origi's 96th minute winner against Everton.