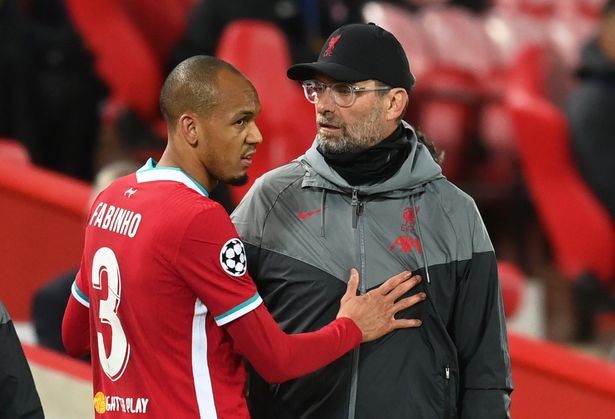 Liverpool are facing a crisis at centre-back following injuries to Virgil van Dijk and Fabinho.

Now he is faced with the pressure of helping Liverpool weather the storm until at least January when Jurgen Klopp has the option of signing reinforcements.

And now former Reds defender Steve Nicol believes Jurgen Klopp may need to drop Henderson in at centre-back until at least January, when the Liverpool boss has the option of signing reinforcements.

“We've got one centre-back, Joe Gomez who right now is going to be the guy in charge,” Nicol told ESPN FC.

“He's going to have to be the one sweeping everything up, regardless of if they play two or three [at the back].

“I don't really see how they could play three, I think they are just going to have to go with the young kid Williams and hope Gomez is mature enough to talk him through it.

“Henderson could probably drop in but again, Gomez would have to talk him through it.

“Fabinho has played centre-back in his Monaco days so he's experienced in that position, where as Henderson is not.

“If you're just going to pull someone out of midfield then you have to do it in a back four.”

It's a position that Henderson has played for the Premier League champions less than a year ago, at the Club World Cup in Qatar.