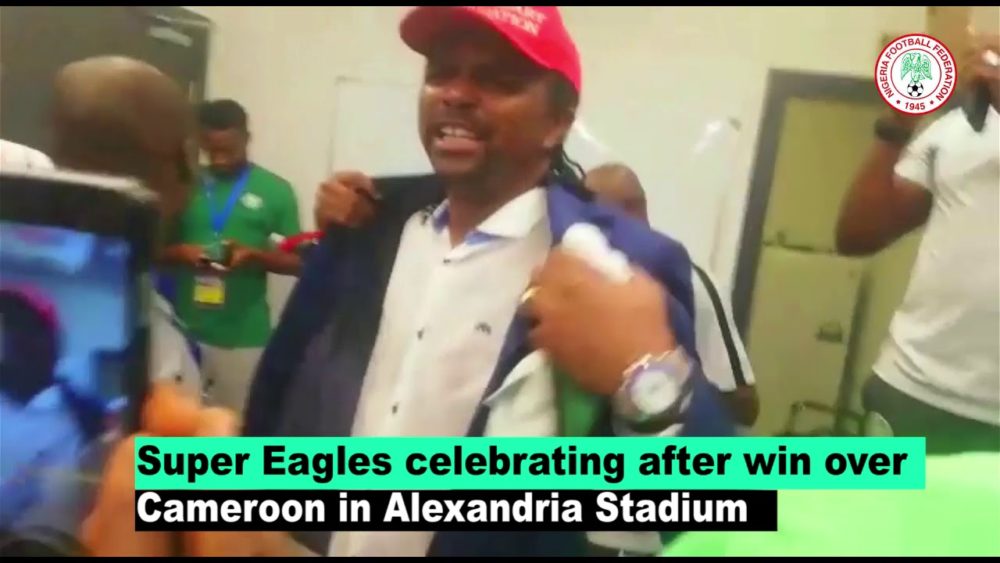 Kanu Nwankwo has expressed satisfaction over the Super Eagles’ 3-2 defeat of Cameroon in Saturday’s round of 16 clashes at the ongoing Africa Cup of Nations in Egypt.

The Former Nigeria Captain who sat in the VIP stand with former Captain of the Indomitable Lions Samuel Eto was seen in a video dancing and singing with players of the Super Eagles in their dressing room.

The players thrilled Kanu with songs coined with names of former team players including Sunday Oliseh.