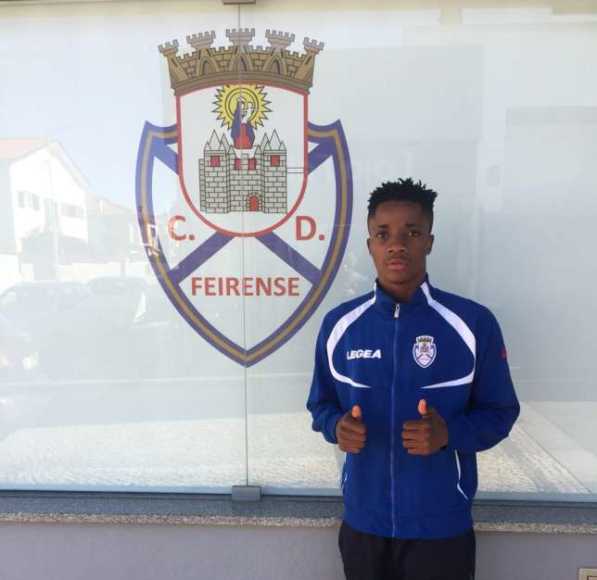 Following his performance, he was signed and went on to make his first appearance for Remo Stars at the 2016 Lagos Metro League where he led his team to the final.

Kenneth was utilised as with the Remo Stars feeder team in 2017 taking part in their Nigeria Nationwide League One games.

He went on to make his debut for the Remo Stars first team in a Nigeria Professional Football League (NPFL) encounter against southern rivals Shooting Stars at the Gateway International Stadium, Sagamu.

Still very young, Kenneth was part of the Golden Eaglets team that won the 2018 WAFU Zone B U-17 Africa Cup of Nations qualifiers in the Niger Republic.

He is expected to join up with the squad for the 2019 U-17 Africa Cup of Nations scheduled to hold in Tanzania.

Kenneth, who is rated as one of the best talents in the country, played a crucial role as Remo Stars got promoted from the Nigeria National League to the NPFL.

He is expected to join Nigerian midfielder Tosin Kehinde at CD Feirense where he will continue his development.