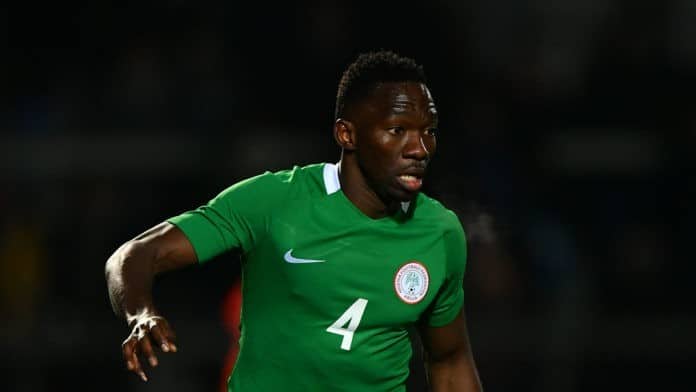 Super Eagles star Kenneth Omeruo has been ranked the best Nigerian player in the big five leagues in Europe for the month of December.

International Centre for Sports Studies – CIES Football Observatory rated players on a match-by-match basis, by taking into account, the pitch production and efficiency at both individual and collective level.

Omeruo was the best-rated Nigerian player at 75.3 and was 265th of the 751 players ranked.

Last month, The CD Leganes central defender constantly delivered for CD Leganes in the Spanish top flight, helping the club to remain unbeaten with one win and three draws and went the distance in all the four games.

The Loanee was the standout performer for CD Leganes, going by the ratings and the 69th best footballer in Spain.

Udinese defender, William Troost-Ekong made it into the list with a rating of 72.8 and ranked 374th.