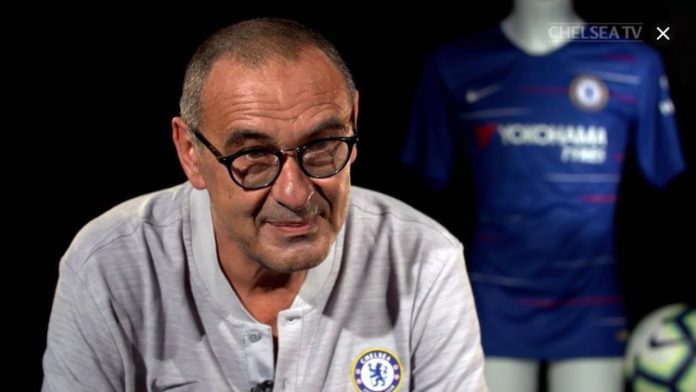 Maurizio Sarri has insisted that Kepa Arrizabalaga remains his number one goalkeeper regardless of his dropping him to the bench in the 2-0 victory over Tottenham.

The Spaniard, who defied Sarri by refusing to be substituted during the Carabao Cup final defeat to Manchester City, will return to the starting XI for one of the next two matches.

The Blues manager claims he is ready to put the incident to bed, now that the 24-year-old shot-stopper has paid a sufficient price to his team-mates.

When asked if Arrizabalaga remains the first choice between the sticks, Sarri said: “Of course.

“I think it was the right decision, Kepa made a big mistake, he paid with the club, and then he had to pay with the team.

“But now I have to think we have to stop, Kepa from tomorrow will be with us. He is back in the team for the weekend, I don't know in the next match if he will be on the pitch or not, but one of the next two he will [start].

“When you are young I think you can make mistakes, and the most important thing is that you need to understand very well after every mistake. For me, now the best thing is to close it.”

Caballero was untested as Chelsea put the bitter disappointment of the cup final behind them with the victory over Spurs.