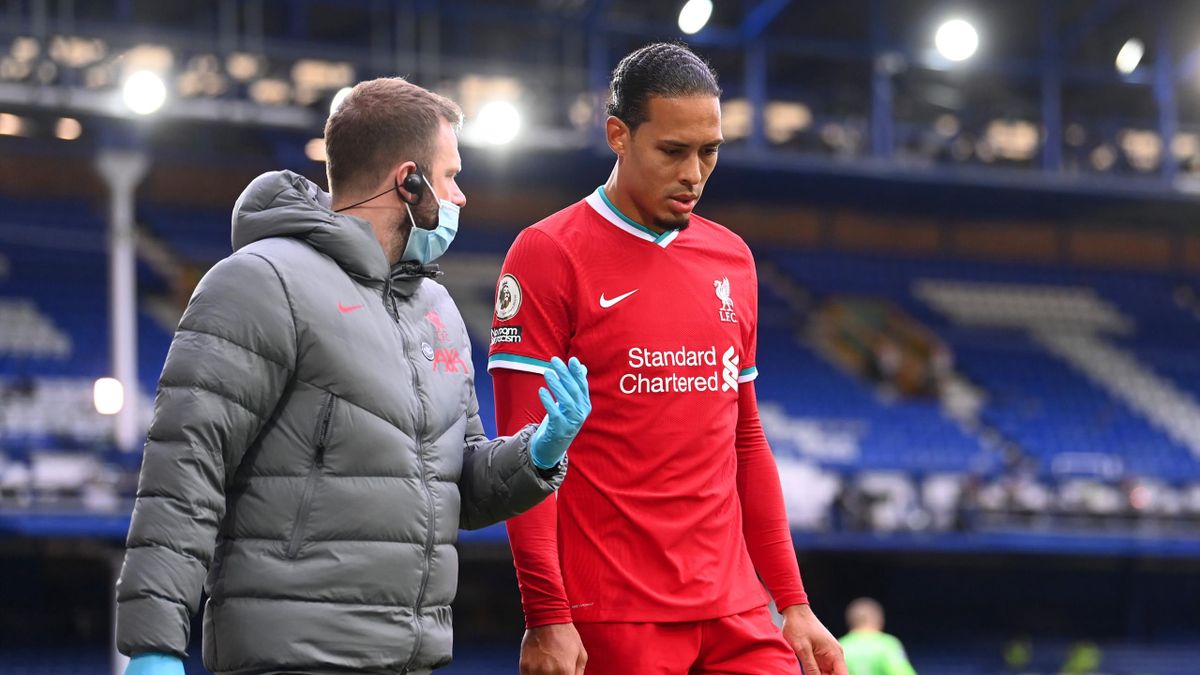 The Netherlands defender, 29, was hurt in a rash challenge by Pickford in the first half of Saturday's 2-2 draw.

Van Dijk could not continue and will see a specialist on Sunday (today) to discover the extent of the injury.

“Virgil played I don't know how many games in a row, he plays with pain, but he couldn't play on,” said Klopp.

Liverpool's claims for a penalty from the incident were turned down as Van Dijk was ruled to be offside before England number one Pickford clattered into him.

“It was a clear penalty I saw and then we saw the flag went up. I thought they would still look at the foul but that didn't happen,” said Klopp.

“I don't want to say Jordan Pickford wanted to do it but it is not a challenge a goalie can do in the box.”

Meanwhile, Thiago went for a scan along with Van Dijk and, while the club are hopeful his injury is not serious, they will see how it settles.