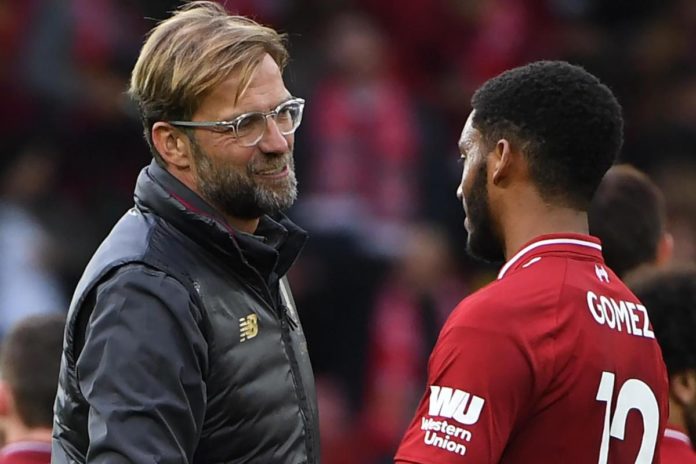 Jurgen Klopp admitted fears that Joe Gomez may undergo surgery on a fractured leg as hopes of an early comeback have disappeared.

Gomez suffered a fracture to his lower leg against Burnley in December and has been out of action ever since.

In spite of the two-month absence, issues still remain as the defender has yet to return to training amid concerns over the healing process.

“I don't know. We will see. It is possible, probably,” Klopp said of Gomez's possibility for surgery.

“It is not exactly going how we want, that's how it is. He needs more time. We will see exactly how we do it.”

After a return from suspension, James Milner is back to provide cover at right-back as Trent Alexander-Arnold continues to recover from injury.

Still, Klopp says he has no regrets in letting Clyne go while adding his is comfortable with his options.

“I can imagine people think that but I don't think about it,” Klopp said.

“Hendo did well there. We all know how good Clyney is, but would he have had more offensive influence in the game? I don't know. Defensively, I did not see a mistake from Hendo.”