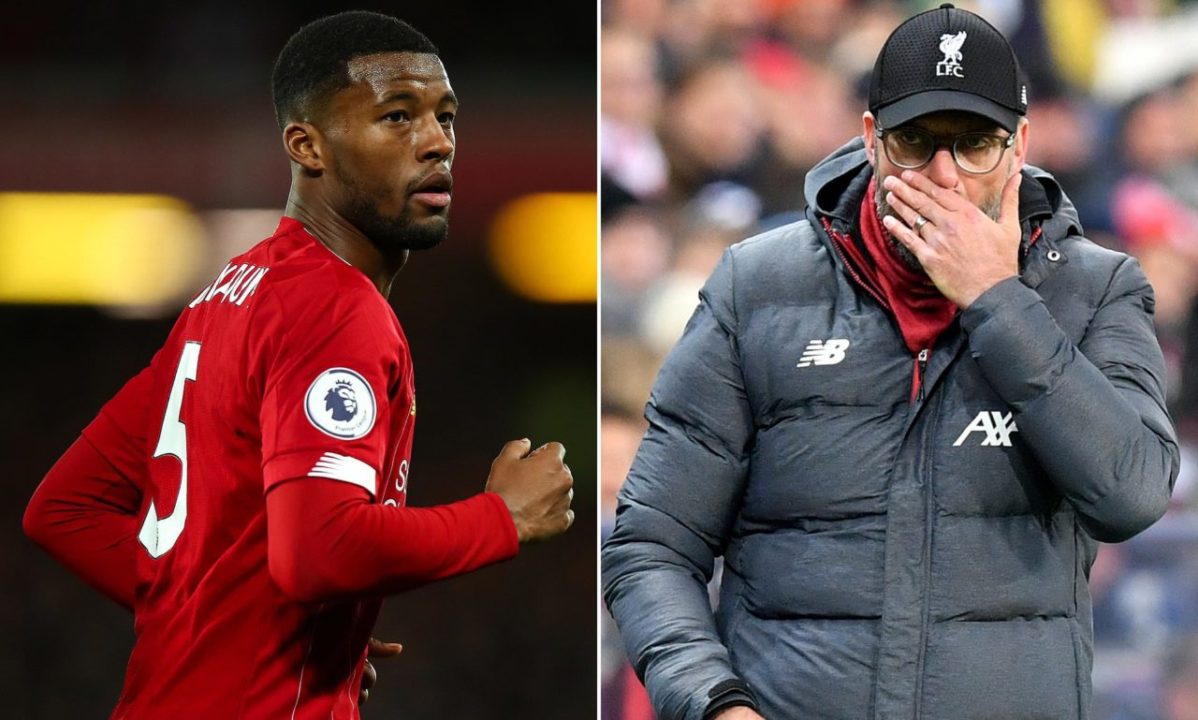 Georginio Wijnaldum was the subject of intense interest from Barcelona in the summer with Ronald Koeman keen to link back up with the Liverpool midfielder.

The Holland international has since been a mainstay in Jurgen Klopp's starting line-up this season once again, played all-but one games so far.

Klopp has made it clear that he wants to keep Wijnaldum at Anfield.

The German coach said: “I would be happy if he would stay here, as long as nothing is decided I am positive.

“I am pretty happy with Gini as you can see when you look at most of the line-ups!

“I cannot really say a lot about [his contract].”

But according to Todofichajes, Barcelona already have an agreement with Wijnaldum to sign him next year.

It points to a clause between the Nou Camp side and Liverpool expiring from the deal which saw Philippe Coutinho to the Nou Camp back in 2018.

The clause stated that any bid from Barcelona for a Reds player would see the Catalans pay an extra €100million on top of any fee.

That's why Wijnaldum didn't move in the summer, but he's now expected to leave Anfield for Barcelona next year.