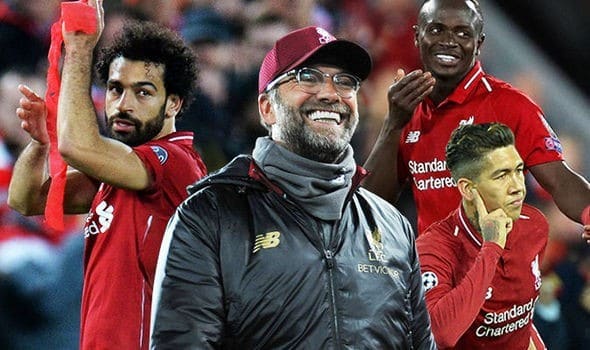 Andrew Robertson is set to feature in Liverpool’s Champions League final against Tottenham after picking up a knock in the previous stage of the competition, as per the Mirror.

The Liverpool defender was ejected from the Reds’ emphatic 4-0 semi-final win against Barcelona that saw them progress to the final.

Since then, the full-back has featured in Liverpool’s final match of the season against Wolves, however, the player has admitted he was struggling.

Speaking about his fitness, he said: ‘’It wasn’t the best on Sunday and I could feel it during the game, but I wanted to play and was desperate to get out there.

‘’The adrenaline kept me going and the fact a lot of us have played through pain, not just me.’’

Despite struggling on the final day of the season, the 25-year-old is resolute that he will be ready for the final, especially with Jurgen Klopp giving the squad some well earned resting time ahead of the final in Madrid.

‘’Luckily now we’ve got a couple of weeks to recover and get our bodies right – and we’ll know we’ll be as fresh as we can be going into the final.’’

Robertson has been one of Reds’ standout players of the season, registering 13 assists in all competitions this season.

The Scotsman also featured in the PFA Team of the Year, along with several other Reds teammates.

Liverpool are to face Spurs in the Champions League. Tottenham pulled off a breathtaking comeback against Ajax, drawing 3-3 and reaching the final on away goals.