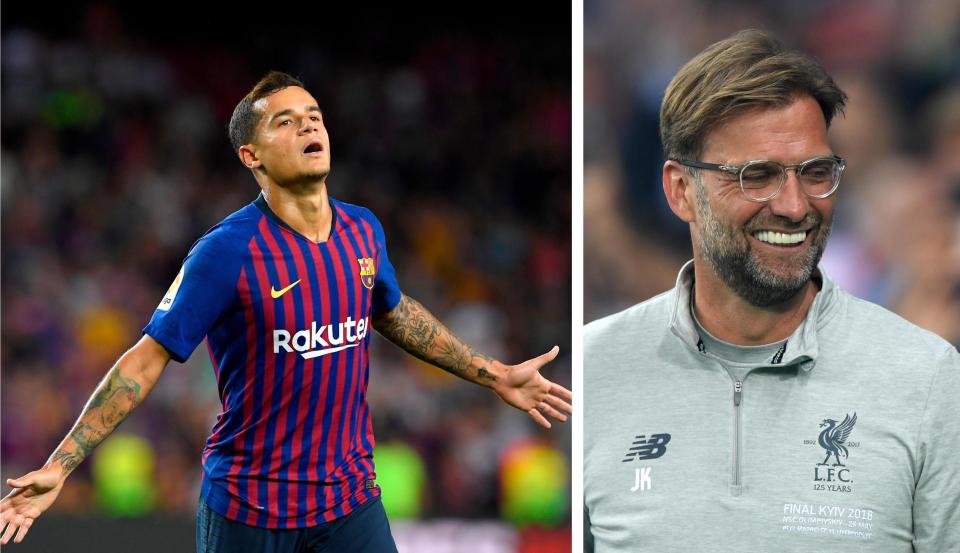 Liverpool old boy John Aldridge has told his former side should forget about re-signing Philippe Coutinho and move for Crystal Palace’s Wilfried Zaha instead.

The 27-year-old has been strongly linked with a move back to Merseyside this summer after not enjoying the best of times with the Spanish champions.

SEE ALSO: Arsenal Set To Make The Most Sensible Offer Too Good To Reject

Coutinho joined Barcelona for £105m which could spring to £142m should multiple clauses be met.

Liverpool are believed to be in the market for a new attacker to put pressure on their front three of Roberto Firmino, Sadio Mane and Mo Salah, but rather than bring Coutinho back to Anfield – who seems to operate more on the left side of midfield – Aldridge has advised Jurgen Klopp to go all out for Zaha.

Speaking to the Irish Independent: Aldridge explained: “Coutinho left on a sour note as he forced his way out of the club and while he is a great player, I don’t think Liverpool should blow their transfer budget on bringing him back.

“None of us has forgotten that Coutinho left Liverpool in a difficult position when he jumped ship mid-way through the season, so we should not give him a simple route back to play for the European champions.

“We all trust Klopp in whatever decisions he makes, but I think adding attacking a top quality attacking option would be the way forward this summer.”

“Wilfried Zaha is the one I think he [Klopp] should go for,” added Aldridge.

“With Daniel Sturridge leaving the club and his huge wages coming off the weekly bill, it opens up the opportunity for Klopp to sign an out-and-out goalscorer who could offer something different if one of the front three is injured or out of form.

“Zaha has given Liverpool some real problems in the last couple of years and Klopp’s ability to turn talents of his type into consistent performers has to make him the kind of player who could thrive at Anfield.”

It is doubtful Liverpool will be able to get either player without spending huge this summer.