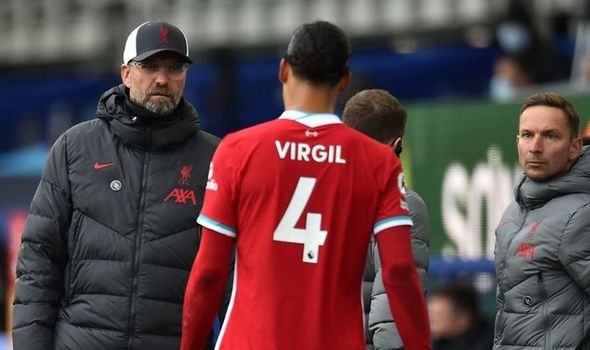 Liverpool defender Virgil van Dijk is expected to miss the majority of the rest of the season having been injured by Jordan Pickford in last weekend’s Merseyside derby.

The Dutch defender is set to undergo surgery on his ACL with many players missing large chunks with similar injuries.

Return date targets are common with managers often providing updates on when their star players hope to be fit again.

But, in somewhat unusual circumstances, Reds' boss Jurgen Klopp insists he doesn’t want to know how long he will have to cope without his star defender

Klopp said: “Virgil was here, he’s OK. But about when the surgery will happen and stuff like this, I don’t think it makes sense that we give pretty much a time schedule every day.

“But it will be fine and will happen in an appropriate time. So, that’s it pretty much – he is as good as possible.

“We don’t even want to know it [timescale], to be honest. It will take time, that’s clear.

“I think it makes sense from a specific moment in the recovery, in the rehab time, that it becomes individual because then everybody copes differently with it and each body. That’s why [there is] no need for [a timeframe].”