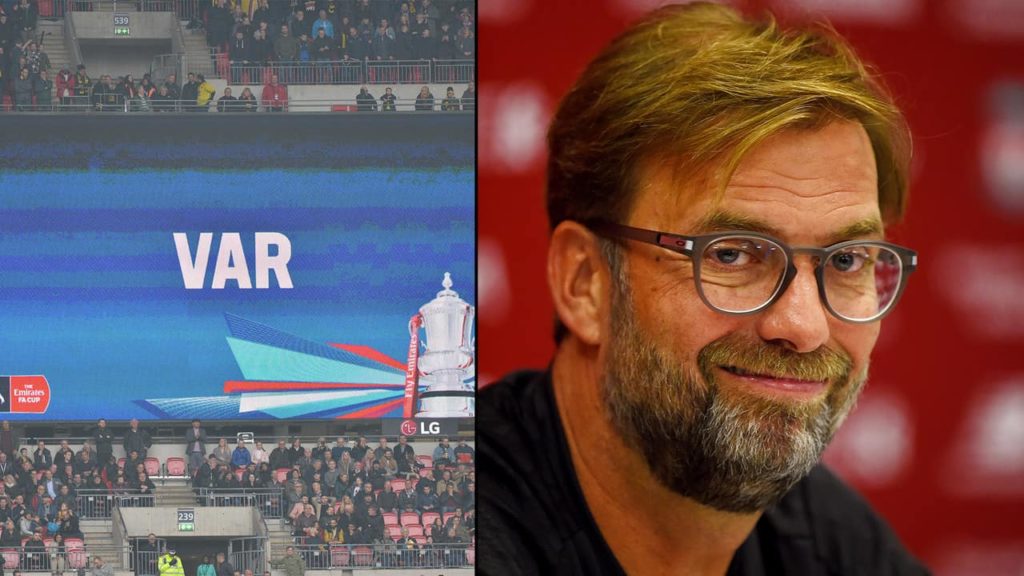 For the first time in a Premier League fixture, VAR is coming to Anfield this evening and Jurgen Klopp says he is completely for its introduction having been shown how it will be put into place earlier this week.

It’s not going to be implemented in the same way as it was at the World Cup, where many people were unsure about it. Instead, the best bits have been kept and it should work a lot more smoothly.

Speaking to LiverpoolFC.com, Klopp said: “It looks really interesting and it looks safe, as much as you can be safe when human beings are involved.

“A lot of things will be clear; I think with offside we will not have a lot of problems because that will be extremely clear and all the other things are still interpretation – that’s normal.

“I’ve followed it now for two years in Germany. It was not the easiest start but now it has kind of settled and now you have discussions about other things after the game, but still have the discussions about decisions obviously, so football will not miss anything.

“In the stadium, I think it will be fine. Yes, there are moments when a team is celebrating and somebody is telling them it was a bit too early, but these things are part of the deal. Apart from that, I’m very positive about it.”